Acclaimed by Abel Carlevaro as an “intelligent and talented guitarist with excellent conditions for the guitar and music”, Luciano Massa was born in  La Plata, Argentina. He studied classical guitar at the Gilardo Gilardi Conservatory of his hometown under tutelage of Jorge Gordillo and then continued his studies at the Fine Arts Faculty (La Plata National University), graduating with honors as a Classical Guitar Professor. In parallel, he followed masterclasses in Buenos Aires with Víctor Villadangos, Eduardo Fernández and Eduardo Isaac. He completed his education abroad with Abel Carlevaro in Uruguay and Johan Fostier in Belgium. Through different guitar festivals he had also the chance to take part in masterclasses in Spain and Germany, given by some of the most renowned classical guitar players (David Russell, Aniello Desiderio, Pavel Steidl, Hubert Käppel), and ultimately found a great source of inspiration in the advices and lessons he received in Europe from Hughes Kolp, Ricardo Gallén and Mikhail Bezverkhny. 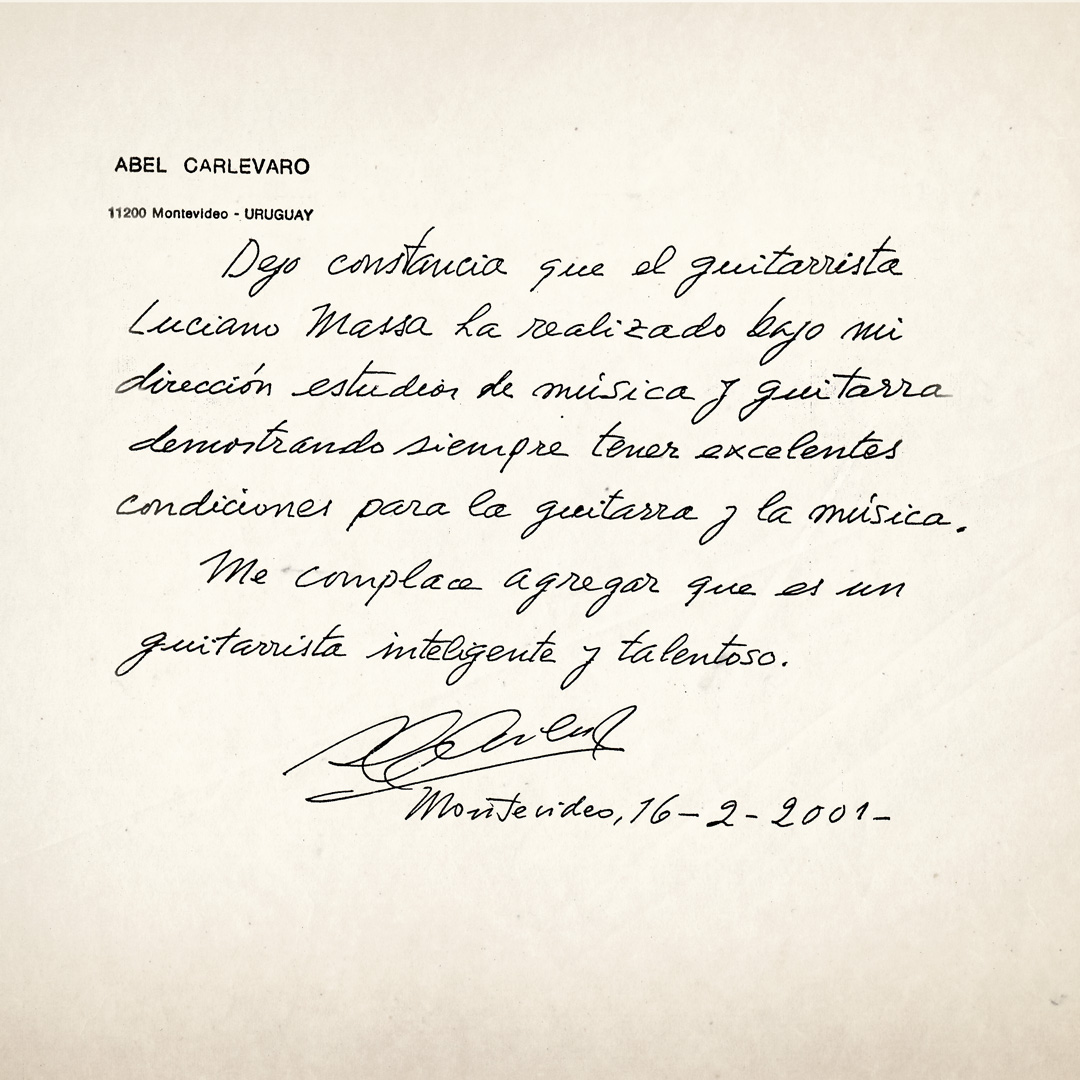 Currently based in Belgium, Luciano Massa has been widely performing in Europe and South America, both as a soloist or taking part in different chamber music ensembles. Praised by the audiences for his poetical approach to sound and his eloquent and colorful interpretations, he made his European debut in Lausanne, Switzerland, in 2008. From then on, he has been offering concerts in several countries of Europe, frequently invited to perform in different guitar festivals and venues in Switzerland, Belgium, The Netherlands and Spain. His performances have been also broadcast on Dutch and Argentine television and radio stations.

Luciano Massa has also won prizes and scholarships in Argentina and Spain:

Also a passionate pedagogue, Luciano Massa has been teaching classical guitar since 2005, working for the Fine Arts Faculty (National University of La Plata, Argentina), Promusica Tielt (Belgium) and the Arts Academy of Ghent (Belgium). He has been sharing his love for music and classical guitar, coaching and inspiring guitar students from all around the world to develop new ways of expression and reach all their potential.

Luciano Massa is fluent in English, Dutch, Spanish and French.